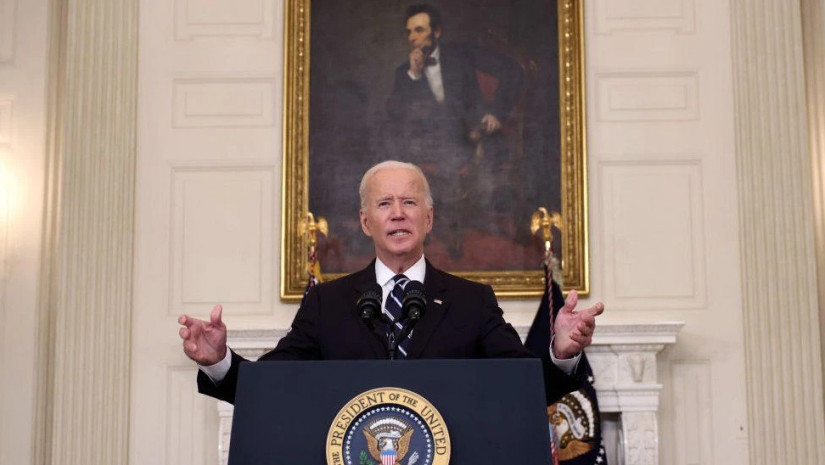 In a televised speech, he said the unvaccinated were responsible for the rise in hospitalisations and made a series of claims about the US vaccine rollout. We've been checking them out.

'Before I took office, we hadn't ordered enough vaccines for every American. Just weeks in office, we did.'
It's true that the Trump administration hadn't ordered enough doses to vaccinate every American - but they had secured hundreds of millions of jabs which the Biden administration subsequently rolled out.
Mr Trump secured 500 million doses of the Pfizer-BioNTech, Johnson & Johnson, and Moderna vaccines - the three jabs now authorised for use in the US.

That's not enough to fully vaccinate the entire US population of more than 320 million people, as the Pfizer-BioNTech and Moderna vaccines require two doses.

Within his first month in office, Mr Biden had ordered an additional 200 million doses from Moderna and Pfrizer-BioNTech.

This order, combined with the Trump administration's purchases, provided enough doses to fully vaccinate every American.
When Mr Trump left office in January, the US had vaccinated more than 16 million people - the fourth highest per capita after Israel, the UAE and the UK.

The Trump administration also secured contracts for another 400 million doses from Novavax and AstraZeneca - vaccines which are yet to be authorised in the US.

'The unvaccinated overcrowd our hospitals... leaving no room for someone with a heart attack.'
A New York Times analysis published at the start of August found that the overwhelming majority of Covid hospitalisations were unvaccinated. This research looked at 40 US states and Washington DC.
Total occupied inpatient Covid beds have passed 100,000 for the first time since January, according to data published by Johns Hopkins.

It's a similar picture in intensive care wards. At the start of July, there were under 5,000 beds occupied by Covid patients and this has risen to more than 25,000. This equates to about 80% of beds across the country.
Some US states are facing a far worse situation than others.

ICU capacity rates have reached more than 90% in Idaho, Florida, Alabama and Georgia.
'I'm announcing a new plan to require more Americans to be vaccinated.'

This has taken by many as a move to introduce mandatory vaccinations, although Mr Biden has been careful with his words.

The president has previously said he had opposed mandatory vaccinations.
The new measures include the requirement that millions of federal government workers get vaccinated.

Back in July Mr Biden allowed workers to be tested twice a week instead - but he's now removed that option.

When asked about vaccine mandates in December 2020, Mr Biden said: "I don't think it should be mandatory, I wouldn't demand it to be mandatory, but I would do everything in my power."

His plan also requires workers at large private companies to be vaccinated or face weekly testing.
In July, when asked about the administrations thoughts on implementing a wider vaccine mandate, White House Press Secretary Jen Psaki said: "That's not the role of the federal government - that is the role that institutions, private sector entities and others may take."

The plan to require private companies to make sure workers are either vaccinated or face weekly testing is controversial and likely to be challenged in court.

'Children have four times higher chance of getting hospitalised if they live in a state with low vaccination rates.'
Research suggests this is broadly accurate.

Mr Biden appears to be referring to a US Centers for Disease Control (CDC) study of Covid hospital admissions among of children (up to 17-years-old) published in August.

These low-vaccination states include Alabama, Arkansas, Georgia, Idaho and Wyoming.Child hospital admissions have been rising since June, but as a group under-18s are still far less likely to go to hospital compared with adults and in particular older adults. 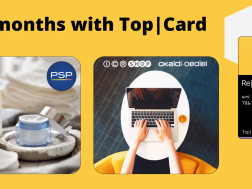 Doubled months when paying with Top|Card

The new year is coming, and Top|Card users can expect a lot of exciting offers in December. From 2nd to 11th December, if you pay in PSP with Top|Card, your expenses will be spread over a doubled peri... 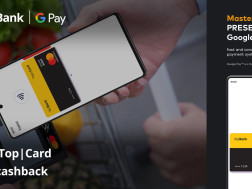 Within the framework of the Mastercard and Top|Card promotion, until November 30th all Top|Card users will receive 10% cashback on every payment made with Google Pay and get 10% cashback throughout Ge... 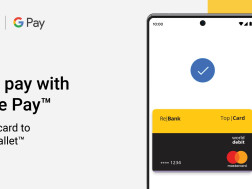 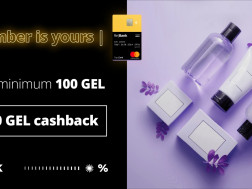 Get cashback when paying with Top|Card

From November 11th  through November 21st, when paying with Top|Card at Re|Bank's partner facilities: Lutecia, Ici Paris, Voulez-Vous, Yves Rocher, and The Body Shop. Spend at least 100 GEL and get 50... 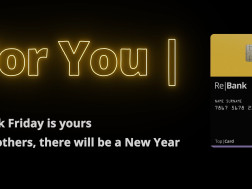 Black Friday is yours. For others, there will be a New Year

To shop flawlessly on Black Friday and get everything on your wish list, Re|Bank decided to help you to pamper yourself. If you get Top|Card by November 30th, all payments in physical and online store... 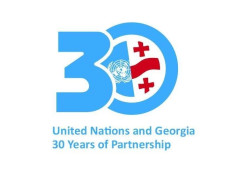 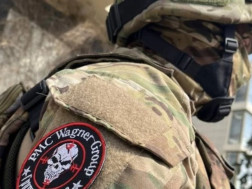 business Get cashback when paying with Top|Card

business Black Friday is yours. For others, there will be a New Year 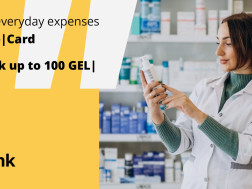 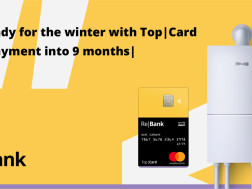